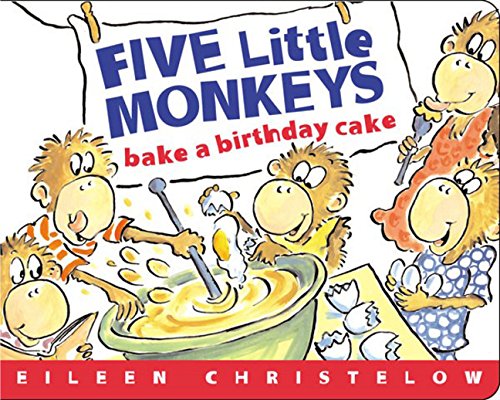 I’ve been a plural wife for almost 6 years. We have lived separately for 5 of those years as I got my teens grown and launched.

Charlotte had 3 children when I joined the family. Now she has 4.

It’s been very interesting being a second mother to her children.

I am very grateful that the basics of early parenting are so similar. Cosleeping, extended breastfeeding, baby wearing, etc. I”m grateful that we agree on discipline techniques and are constantly looking for better ways to parent each individual child.

For a long time, because I was only around parts of a couple of days a week, it was difficult finding my voice as a parent to the portion of the family I didn’t live with daily. Now that I live in the same overarching home, it has gotten much easier and I have much more enlightenment on the day to day running of the household. I’m beginning to understand how kids can work the system, and how much more plural parents have to be in communication in order to limit treats and deal with chore assignments.

I am a parent to these children of Joshua and Charlotte. I have a very vested interest in them and even more so now. We are a family.

We support each other in parenting. If we believe another adult to be out of line or too harsh, we save those criticisms for out of child earshot. I have been very neededly pulled out of situations where I escalated too abruptly and too loudly (AKA lost my damn mind). A pair of scissors and a Bluebird flour bag come to mind.

There are a couple of funny things which have happened recently:

Each night we have family time which consists of Joshua reading, each person sharing something about the day, and family prayer. A while ago, while gathering the 10-year-old came in sulking and complaining “In the last 5 minutes, I’ve been asked by 3 parents if I’ve brushed my teeth!” Sorry kid; it’s just a parent thing, and you have more than most.

I was reading a book to the 2 1/2-year-old about 5 little monkeys and their mother’s birthday. The little monkeys were making their mother a cake. Our toddler was very confused and asked “Where is the other mama?! as she thumbed through the pages looking for another mother. I told her that there was only one mother in the monkey family and she kept asking why.  I just explained that there are many families with only one mom.  She was very dissatisfied that that was the case.

We were at a Sunday meeting with other multiple-mother families and the 6-year-old was on a stairwell with a group of other young girls. She was attempting to explain who I was, “She’s kind of like my Stepmother, but she’s not.”  I called up to her, “Just call me your other mother. All of these girls likely have at least 2 maybe 3 moms.”  She had a sigh of relief and the other girls collectively nodded their heads in understanding.

One of the most exciting and joyful things about being in my family is that I am expecting a baby in about a month.

As hard as it was to wait for so long, I am so happy this kiddo is being born into a plural family who lives together. I’m excited to have other parents who are so good at parenting and are much closer to the tiny years, so I can ask for help on things like baby carriers and EC.  I’m excited that this baby will be like an only child, but with older siblings who are eager to help and excited for a new family member. 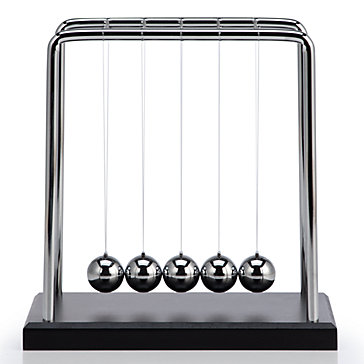 I had an experience a few weeks ago that I want to share. It is not directly related to plural marriage per se; rather, it is about family relationships. Which, I suppose, may be more directly related to plural marriage than any scriptural, doctrinal, historical, or cultural commentary that could ever be written on the subject. This experience is a bit embarrassing to me, but I hope that it will be instructive to others. I hope also that it will be instructive to my future self. Hopefully, now that I have written it down, I can refer to it in times to come in order to remind myself of the wisdom I so easily forget.

Last month was Christmas. My family celebrates Christmas. In fact, we celebrate the 12 days of Christmas, but we don’t do the Christmas tree, the evergreen boughs, the Yule log, the mistletoe, or Santa Claus. With our gift giving we want our children to remember the gifts of the Wise Men to the Christ child, and the loving Gift of God’s Son to the world. 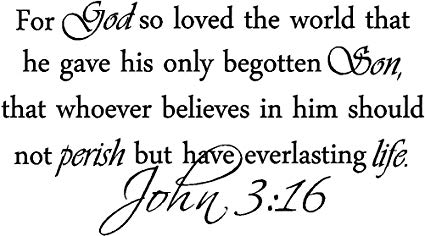 And yet, even without Santa Claus and the shameful commercialization of the season, things can still become the focus of our attention, and mere objects can take on significance far greater than they merit.

One of the gifts that my wife Charlotte received was a Newton’s Cradle for her desk. You have seen them before. It is a clever little toy that uses swinging steel balls, suspended from strings, to demonstrate Newton’s laws of forces and motion and the conservation of momentum. There is a picture of one at the beginning of this post.

Charlotte liked her gift, but she wasn’t the only one. My son also took a keen interest in the toy. Those first few days he played with it more than the rest of us combined. He was fascinated with it, and experimented with all the different combinations of ball collisions he could think of. He would pull 1, 2, 3, or 4 balls from the left, or from the right and let them collide with the remaining balls. He would even pull back different numbers of balls from both sides at once and let them strike the remaining balls – sometimes simultaneously and sometimes intentionally delayed by a moment. It was fun just to watch him play and discover.

Then one afternoon I walked in on my son who was standing over a miserably tangled Newton’s Cradle. It was a useless, hopeless, knotted mass of strings and balls (apparently this is a common occurrence as I had no difficulty finding this picture with a Google image search).  I was shocked and disappointed at the sight 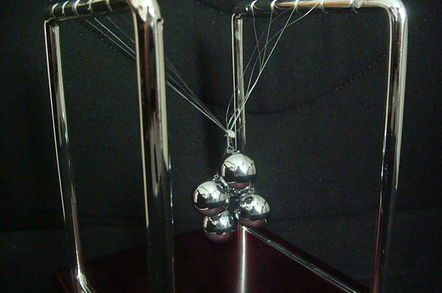 and allowed my displeasure to be known. With some exasperation and annoyance in my voice (and yet still attempting to remain calm) I asked him firmly, “What, are you doing?!”. I could tell that he was afraid of being punished, yet he replied that he had turned it upside down, and that everything had become suddenly tangled when he did that. This only increased my anger and annoyance with him. “Why would you do that?” I asked, along with many other, similarly accusatory and belittling, questions. “What were you thinking?”, “What did you think would happen?”, “Why would you treat someone else’s property in such an abusive manner?”. I restrained myself from spanking him, but the verbal lashing I gave to him was more than harsh enough.

I pushed him aside and sat myself down to see if I could do anything to remedy the situation. As I inspected the toy I discovered, to my surprise, that it was not nearly as difficult to untangle as it had appeared, and I had it completely resolved in less than 5 minutes. You might think that this result would have brought me happiness, relief, and satisfaction, but it only furthered my disappointment; not at my son, but at myself.

As I was untangling the dumb trinket, I realized how simple and trivial the mere thing was in comparison to my son, and how little I really valued it in comparison to him. The thing was $6 plus shipping, but my son was priceless! And yet, in my moment of weakness, I had allowed the thing to become more important to me than my son! How foolish and silly I am at times.

After finishing I looked around and saw that my son had been anxiously watching me the whole time. I thought that he had left the room. With my heart now considerably softened, I showed him the toy. He expressed his relief at the result. I asked him, this time more gently, about how it had happened. He explained to me that he was moving it with both hands, but that one of them had slipped. He had kept a hold with the other hand, but the toy had swung upside down as a result.

He had not behaved in an abusive manner towards the toy, but I had behaved in an abusive manner towards him. It was all just an accident! It was something I might have done myself! I have done similar things before – we all have! My heart was further broken by hearing this. I had jumped to accusations and anger without even bothering to discover the truth first! Isn’t my son worth asking a few questions? Isn’t the truth worth asking a few questions? Yes, the thing is important (how important? – $6 worth, plus shipping), but it is not more important than my boy.

Last week after a day at work that was hours longer than I had planned, I came home to flowers on my kitchen island. Beautiful tulips that were just barely beginning to open. I thought “How nice of Joshua to be thinking of me!” He’s randomly gotten me flowers before, but it’s always so nice to be surprised with something like that. Particularly since he’s generally very practical.

Much later, I glanced through our connecting door and saw lovely flowers on Charlotte’s shelf. I thought that Joshua had gotten that for her. I asked her about it and realized that she had gotten them for herself and also the tulips for me. I felt chagrined that I had just assumed the tulips were from Joshua.

I’ve been working on a blog post about polygamy and jealousy.  I needed an antonym for jealousy and came across the word compersion.

Compersion means feeling joy when a loved one loves someone else (as contrasted with feeling jealous about their love).

As a plural wife with plenty of opportunities, I’ve considered myself successful when I don’t feel jealous, especially in a situation which in the past might have summoned up negative emotions.  If I would have previously felt jealous about something but this time I don’t, that’s a win, I’ve matured, I can do this, bring it on.  (One of the benefits of polygamy is character growth, after all.)

But this is news to me: the opposite of “jealousy” isn’t simply “lack-of-jealousy”!  Can a plural wife go from feeling jealous to feeling emotionally neutral and from there progress to feeling joy in her husband’s love for his other wives?  The very existence of this word makes it seem possible.  It takes things up a notch.  I just found a higher mountain to climb.

By the way, if you’re like me and haven’t come across “compersion” yet, it might be because it seems to be a relatively new word.  It’s probably not in your dictionary, and the oldest quote on compersion’s Wiktionary page is from 1998, as used in a book called Romantic Jealousy, Causes, Symptoms, Cures.  Now that sounds like an interesting book!