Lets talk about common law marriage in the Peach State since that is where they were living.  Of course they moved to California, so I’ll mention that as well, but first a little background. 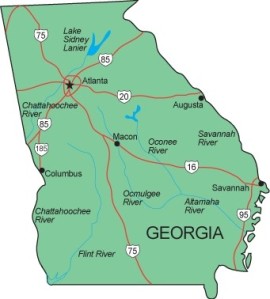 A common law marriage is simply a marriage which is not officially documented by the state.  It is also often the case that common law marriages are not accompanied by any sort of ceremony (that is to say, a documented ceremony – by a church for example).  This of course does not mean that the people involved are not married.  It merely means that the state has not entered their union into the state’s archives.  Also of note is the fact that common law marriage is not the same thing as, “living together”, or even as, “living together for a long time (7 years or whatever)”.

If its not the same, then what is the difference? What is the main difference  between, “living together” and being married (whether documented or common law)?  Please don’t say, “a piece of paper”; you’ll make me both sad and nauseous at the same time.

I hope everyone would agree (at least everyone who is married, and therefore knows the difference) that the main difference is the commitment to the relationship. 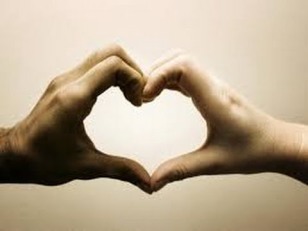 The main difference, and the thing that makes marriage different from “shacking up” (and better too), is the commitment to the other person and to the relationship.  This difference, this thing, this commitment, is something that the state cannot create nor control, and yet it is the key ingredient, the main ingredient, and is in fact the very core of the matter.  You could even say it was the heart of the matter.

How is this commitment demonstrated in the eyes of the law?  The requirements are essentially the same for both documented and common law marriages.  They are something like this:

There are several states which have laws explicitly recognizing common law marriage.  The details of the qualifications vary from state to state, but here they are: Colorado, District of Columbia, Iowa, Kansas, Montana, New Hampshire, Oklahoma, Pennsylvania, Rhode Island, South Carolina, Texas, and Utah (Utah has some interesting things to say about common law marriage and polygamy by the way – there’s another post there someday).

However, there is a snag in all of this given that, officially, common law marriage was “abolished” in the state of Georgia in 1997 – but it isn’t remotely so simple.  In the year 2010, the Supreme Court of Georgia actually decided to recognize a common law marriage anyway.  The link to the court’s decision is here if you are interested in the entire thing, but I’ll give you the Reader’s Digest version.

The parties involved were Debbie Jean Ault and James A. Norman.  In 1986, Mr. Norman was newly divorced from his previous wife.  Three years later (1989), Ms. Ault began living in the same home as Mr. Norman (in Alabama), sharing a bedroom, and doing housework. They would both tell people that the other was their spouse, Mr. Norman had sexual relations only with Ms. Ault, and Ms. Ault would often call herself Mrs. Norman.  And, while they never actually had a marriage ceremony of any kind, Mr Norman would repeatedly tell Ms. Ault that, “in God’s eyes, you are my wife.”

A few years later (1998) they moved to the neighboring state, Georgia – together, of course.  By this time Georgia had abolished common law marriages; they were a thing of the past!  There they managed to live happily (or not) until 2008 when he filed a law suit against her demanding she pay him damages (for who knows what).  She responded that she would need money to do that, and that she didn’t want to be with 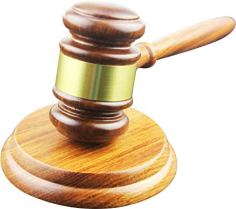 him any more.  So, she simply countered by filing for divorce, alimony, and an equitable division of assets. Ouch.

He said she couldn’t do that because, 1) they were never married to begin with and, 2) Georgia doesn’t recognize common law marriages.  The Supreme court of Georgia did not agree with Mr. Norman on either count.  Ms. Ault was awarded $54,000 as lump sum alimony.

Why did this happen?  Judges are usually very clever, and they will try to make decisions as narrowly as possible, so as to affect as little of the existing framework of laws as possible.  For them, the fact that Georgia had abolished common law marriage was inconsequential.  They did not even need to address this issue.  Rather, they looked to the “Full Faith and Credit Clause” of the U.S. Constitution (Article IV, Section 1) which says that all the states must respect “public acts, records, and judicial proceedings of every other state.”

Since the Normans lived together as man and wife in Alabama, and Alabama allowed common law marriages at the time (even tho their marriage was never recognized by Alabama), then it follows that the state of Georgia should honor the marital status which the Normans attained while living there. Tada!

Another obvious exception would be the case of couples who contracted a common law marriage in the state of Georgia prior to 1997.  These relationships would all be recognized as valid marriages if there were ever a similar challenge brought before the court.

Despite abolishing common law marriage, Georgia officially accepts them from other states, and accepts them in their own state prior to 1997.  So, what does this mean for a Georgia couple in 2019, that want to have a common law marriage?  It means that their marriage will also be accepted in Georgia, and it means the same thing in California, and in every other state in the union. 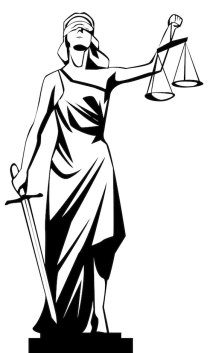 How could it be otherwise?  How could they have have equal treatment under the law otherwise? Equal treatment is protected by the 14th amendment to the U.S. Constitution (the equal protection clause). There is no way the state could defensibly accept a common law marriage (along with granting all the privileges that accompany that condition) entered into on the 31st of December 1996, and deny one entered into on the 1st of January 1997.  You cannot give different treatment to people who are similarly situated.  The Georgia law would amount to discrimination based upon age.

The current law essentially says, if you were born in the 80s or later, you cannot contract a common law marriage, even tho your parents did, and your older siblings (who were born in the 70s) did.  It is ludicrous to think that the state can abridge a fundamental right at all, and marriage is absolutely a fundamental right – which means it resides with the people and not the government.  There is no logical way around it. If it were challenged, the law abolishing common law marriage it would obviously fail.  The only reason it is still on the books is because it hasn’t been challenged.

Common law marriage is at the very heart of the idea of marriage.  Marriage is a contract; an agreement entered into by a man and a woman for the purpose of creating a family and propagating the species.  The very core of the matter is: who decides that two people can marry?  The people themselves, or the state?  You can’t get rid of common law marriage by any legislation without also getting rid of marriage itself (and this would only happen in a totalitarian, Orwellian nightmare of a world).  It is the foundation upon which all real marriages are built.

The piece of paper – the government documentation – is only a wrapper placed around the core.  All documented marriages are also fundamentally common law marriages at their center ( I say “all” in the sense that the vast majority of them are – there are always a few exceptions, but this is beyond this post.  maybe next season, haha.).  The center is a man and woman casting their lot together, promising to stay that way, and beginning a family.

For the sake of illustration, let me make a comparison to another fundamental right: life.  For most people in the U.S., when they were born they (actually, their parents) were issued a birth certificate by the state in which they were born.  What if the State of Georgia made a law saying they were no longer going to recognize births in the state?  I know this sounds ridiculous, but stay with me.  The new law said that there would no longer be state issued birth certificates.  Would this mean that a baby born in Georgia, after the passing of this law, was not really born, or not really alive because they didn’t have official recognition from the state (or from the church for that matter)?  Of course not!  That would be crazy, right?  The child would be born regardless of what the state said (or didn’t say) about it.  Furthermore, that child would have all the rights that any other natural born citizen would have.

It is true that not having a birth certificate can make life more difficult when it comes to legal matters (and I personally know of some people who have experienced this), but that is a separate issue entirely.