Brigham young had a quick wit and a sharp sense of humor that wasn’t appreciated equally by everyone.  For instance, a woman once told him that her husband had told her to go to hell.  She then asked him what she should do. “Don’t go,” he replied.

During one session of the church’s general conference, when tensions with the U.S. government were particularly pointed in Utah, Young announced from the pulpit that U.S. President Zachary Taylor — who was no friend to the Mormons — “has died and gone to hell.” Federal officials monitoring the conference took Young aside between sessions, and told him to publicly apologize or they would make more trouble for the already-beleaguered church. That afternoon, Young took the pulpit again and said, “Zachary Taylor has died and gone to hell, and I’m sorry.”

But I digress; this blog is about polygamy, so I’ll relate one other instance of Brother Brigham’s wit in relation to that.  Salt Lake City is known as the Cross Roads of the West, a name which it received in Pioneer days.  Many visitors came passing thru the city, not only because it was a convenient place to resupply while coming or going from points farther west, but also to get a glimpse of the strange people known as Mormons and their unusually large families.  One such visitor was the famous author, Mark Twain, another was the similarly famous, Tom Thumb. 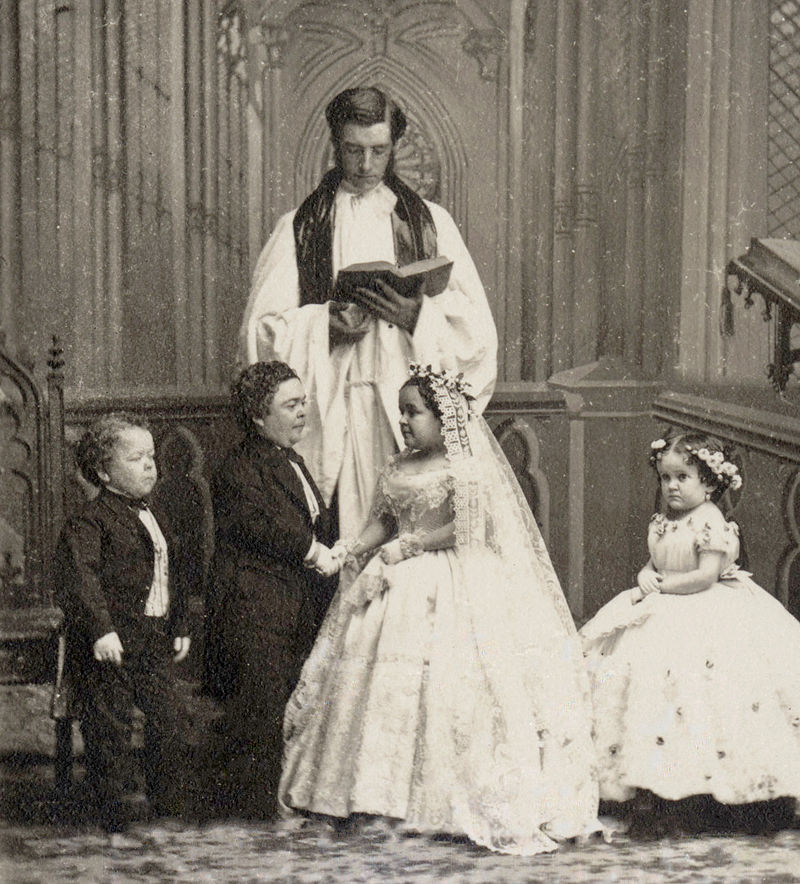 Charles Sherwood Stratton, better known by his stage name “General Tom Thumb“, was a dwarf who achieved great wealth and fame as a performer under the circus pioneer, P.T. Barnum.

Brigham Young’s daughter, Clarissa Young Spencer, tells this story about the visit of Tom Thumb to the Salt Lake Valley in her biography about her father.

While attending a reception with Brigham Young, who was rather large in build, Tom Thumb looked up at the President and said, “Mr. Young, there is one thing that I can’t understand and that is this belief in polygamy”.  Smiling down at him Brigham answered very genially, “I couldn’t understand it either when I was your size.”

One thought on “Tom Thumb and the Mormons”